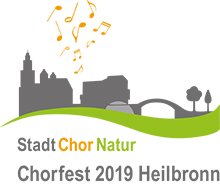 “Klänge der Welt” (Sounds of the World) is a project initiated by the Swabian Choral Association to aid networking within Heilbronn’s multi-cultural music scene. All musicians, singers and music groups based in and around Heilbronn can take part, especially those play-ing music from different countries, or one country in particular. Partners of this project are the Netzwerk der Kulturen in Heilbronn and the “Stabsstelle Partizipation und Integration“ Heilbronn.

In the framework of a two-weekend workshop, you will be working on part of the programme for the choral festival Chorfest Heilbronn, which takes place in late May 2019. Whether the result is a “con-ventional” concert or of a different format altogether is up to you – we are open for your creativity and experiences.

The workshop follows the concept of so-called ethnopedagogy, which works largely without written music and is based on the idea of mutual teaching. This means you as participants learn from each other by teaching one another pieces of music and developing them under the lead of two experienced music coaches.

The concert takes place in the framework of the Swabian Choral Association’s choral festival “Stadt Chor Natur” (City Choir Nature) on the site of the Bundesgartenschau (Federal German Garden Show). Admission to the Bundesgartenschau is free for partici-pants on the day; special conditions will apply for fan groups.